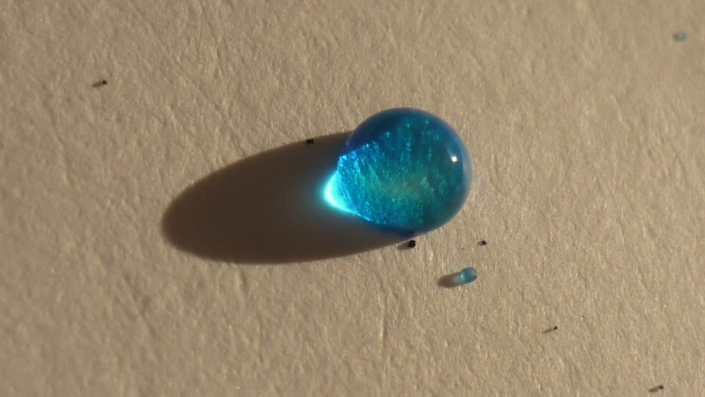 When placing the droplets of water on the page and then adding the brusho the droplets became little gems. As the sun shone through the light highlighted the colours spreading inside the droplet. I wish I had a better camera because these photos don’t really do the droplets any justice. 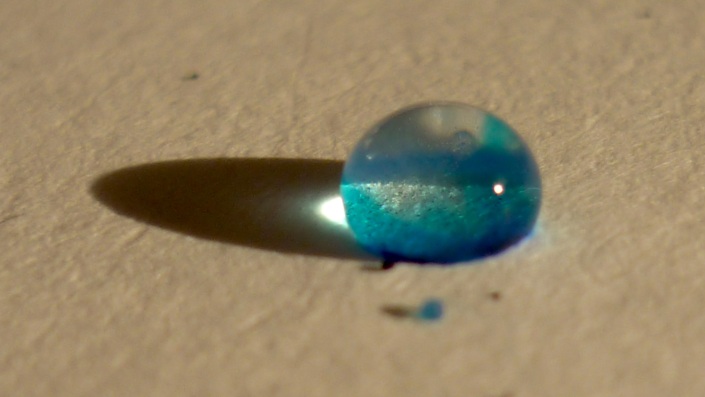 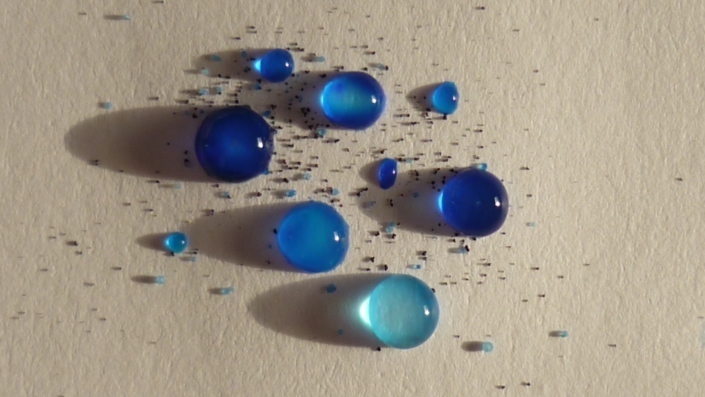 More intense blues, they look perfectly formed and with the brusho particles scattered around the domes it looks like a mini world. Of course, this doesn’t really have anything to do with the development of my work but I thought I would share it as I found them pretty.

This entry was posted in Magical Droplets.