So after my initial drawings of the Jay, I experimented with materials to see if I could find a medium that would suit this book. The images below are a mixture of materials from acrylic paint to brusho. 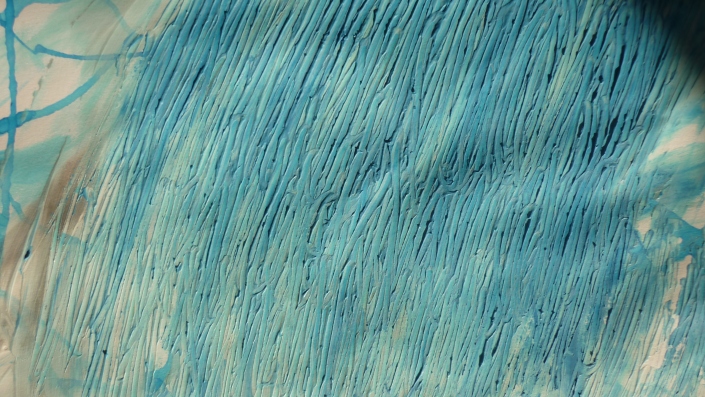 This is acrylic paint that I have layered to create a ribbed effect. By placing a large amount of paint on paper, I used the end of a paint brush to draw strokes into the paint trying not to flatten the paint down. It has created a textured feel to the page and I tried to create a feather effect which would either go onto the Jay’s body or something else in a scene. 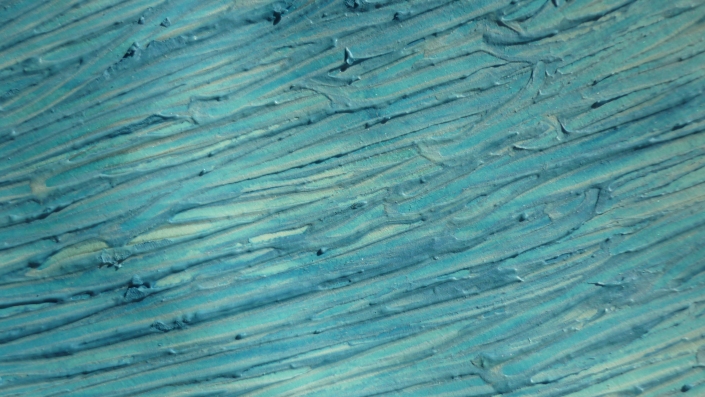 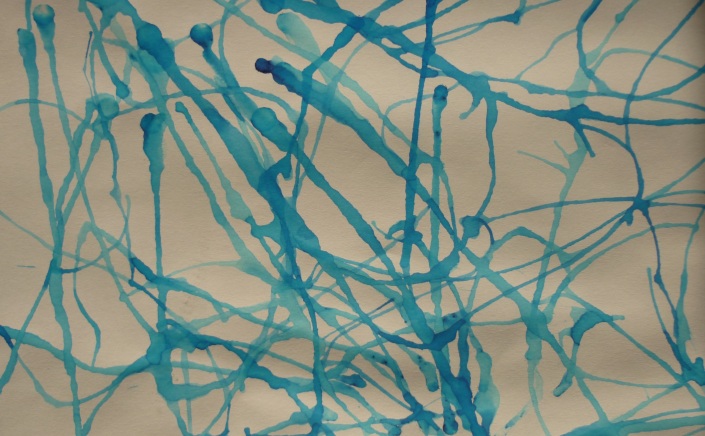 These two photos are of brusho, I placed a drop of water onto the page and sprinkled a little bit of brusho to add the colour. I then used a hairdryer (a lot easier than the traditional blow trough the straw technique) to let the droplets of water take an unpredictable path. By angling the hairdryer I could sometimes control the direction it was going but if I tried to recreate this page it would be near impossible. 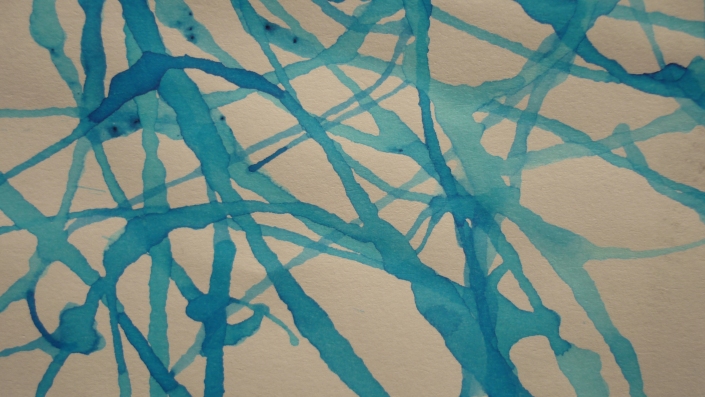 I love the variation of the depth in colour as well as the various forms and shapes it has created across the page. Eventhough it is very pretty I feel like it won’t be as useful as I thought it would be when creating the scenes of my book or the character developments. 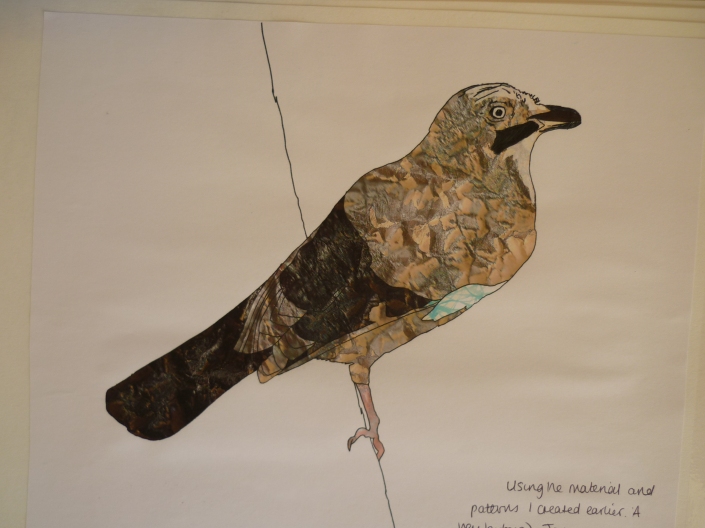 Now that I had created some collage material I thought I would start to create some more illustrations of the characters to see if I could find a style that suited the animal. Using my digital collage technique that I had developed over the past couple of years, I placed material within the drawing I had previously made using photoshop making sure the lines or texture followed the bird natural feather alignment. 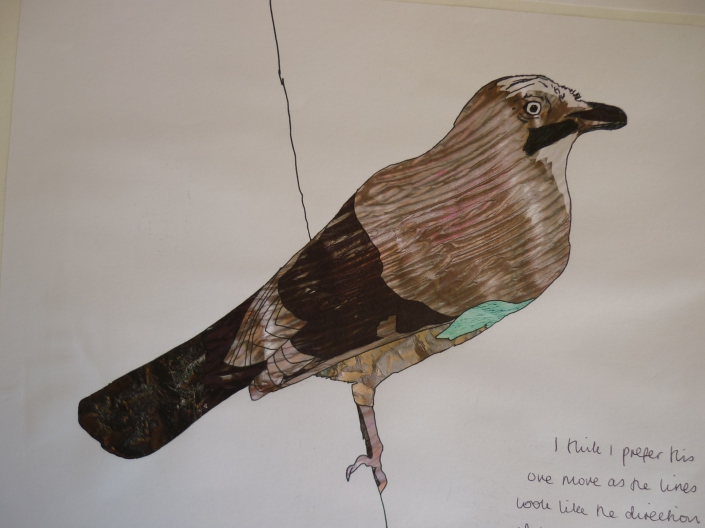 Both images have a different look and feel to them, the top image being more rough and unpredictable whereas the second image has more flow with the lines being in one direction. I can’t say I’m over joyed with them as I don’t think they will work in my book but I am glad to see how different material or textures can change the look of an illustration. 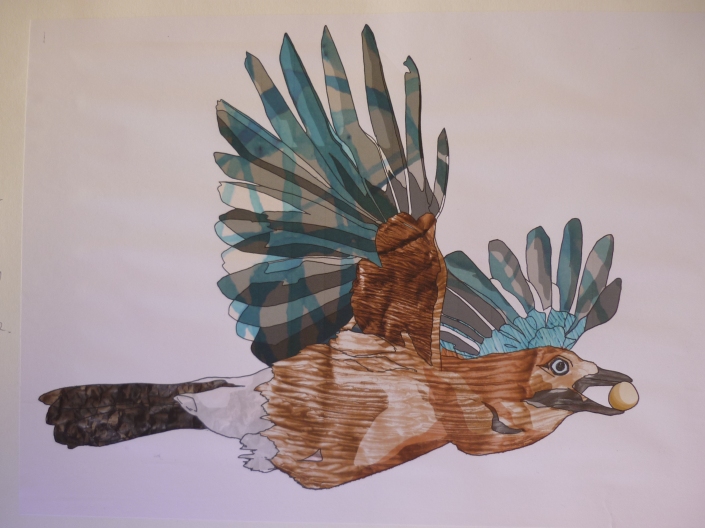 Using the same material as the image above I tried a different technique and organisation to the materials. I also changed the colours to fit the Jay more as before it was a little dark. To add more texture I used the blue brusho pattern within the wings to create a sense of movement. I like this illustration as there are a lot of various textures within the image yet it still has some depth with the shading I placed on top using photoshop.

However, when I went to my tutorial my opinions soon changed as the following bullet points show:

As we discussed the images, I realised that the images are quite flat and are nice illustrations individually but would not work within a children’s book as they may not appreciate the complexity of the layers. So, I soon made a to do list adding to the previous bullet points:

So quite a lot to figure out in a week really but I think it’s doable if I knuckle down and work hard.

This entry was posted in Update!.