So after adding the main text, I realised I didn’t want text on every page as I wanted the illustrations to speak for themselves. So instead I placed one symbol that replaced a couple of sentences: 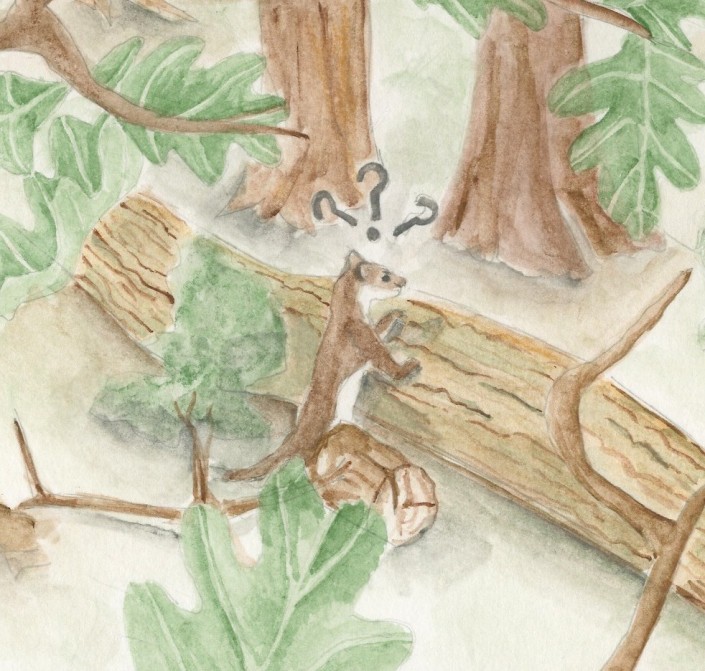 In this scene the squirrel is hiding from the Stoat and the Stoat has no clue where he has gone. So instead of writing a sentence explaining the scenario, I placed three question marks over the head of the Stoat and positioned the squirrel in the foreground hiding on a tree shushing the reader. 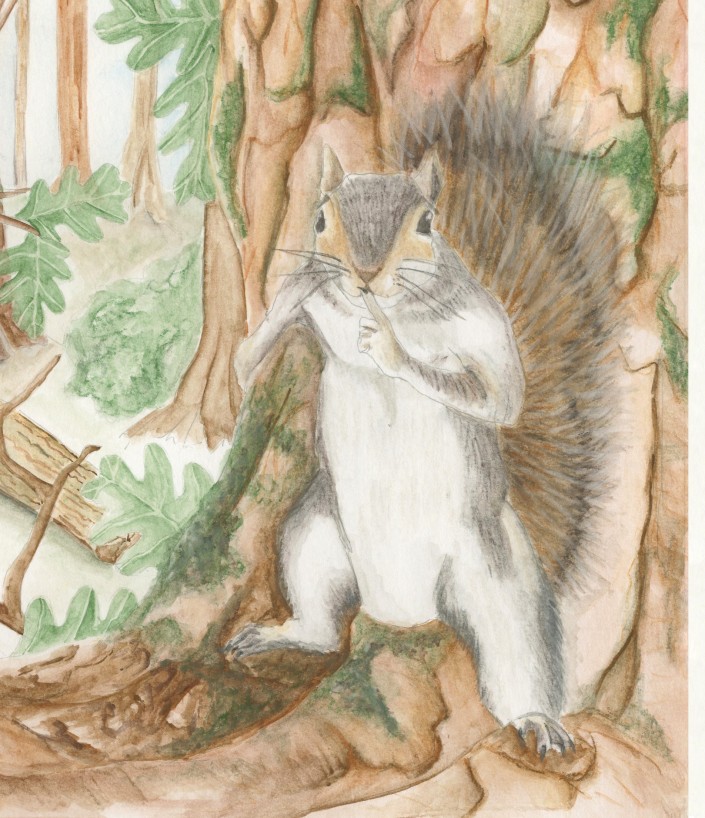 The reader can clearly understand that they need to be quiet and so the Stoat doesn’t realise where the squirrel is and can get away. I think this works much better and proves that you don’t always need text to explain the scenario.

This entry was posted in Text extension.